Implemented in 2008, the GCS Lead Arts Educators are a group of dedicated, experienced, and successful content area experts who advise the Director and Supervisor of Fine Arts on content-specific inquiries and issues. This group of educators also works closely with the Director and Supervisor of Fine Arts to provide world class, content-specific professional development designed to meet the unique learning needs of arts educators. 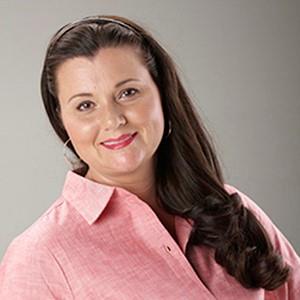 Beverly Clary is the art teacher at Lindley Elementary School. She is excited to be a part of GCS working with students, parents and the community to create an exciting learning experience for everyone.

Beverly is originally from Shelby, North Carolina. Around the age of eleven, she began private art lessons concentrating on watercolor and acrylic painting. Her paintings were featured in many local events where she won several awards. In high school, Beverly created the logo and mascot graphics that appeared on school apparel. Creativity was in her blood.

After attending East Carolina University where she received her Bachelor’s degree in Communication Arts with a concentration in Graphic Design, she began working in the commercial art industry where she remained for over twenty years. After having two children, Beverly realized her true calling - to promote creativity in children. She served as a parent volunteer and substitute teacher at many GCS schools before she entered GCS as lateral entry in 2012 ultimately obtaining teaching licensure through GCS ACT.

When not teaching, she enjoys spending time with family, traveling, outdoor activities, and her new passion - fiber art. Her goal is to encourage young minds to be more creative in a wide array of artistic mediums while instilling appreciate for the arts. 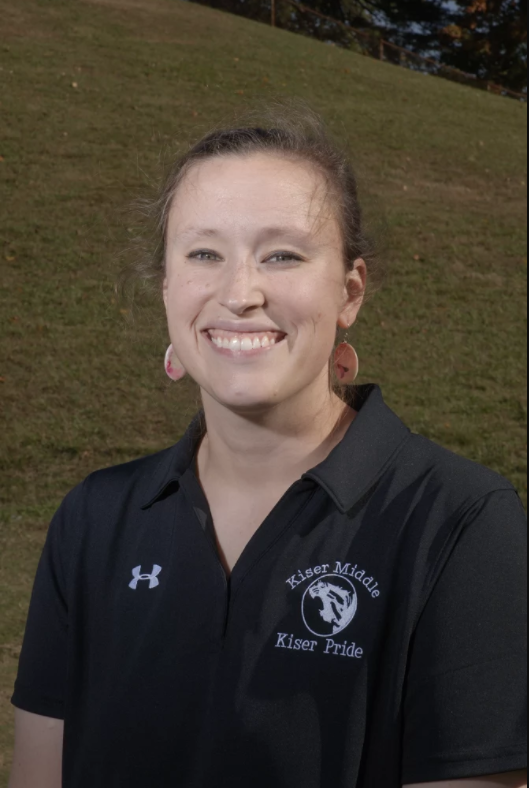 Originally from Salisbury, North Carolina, Heather graduated from UNCG in 2013 with a BFA in K-12 Art Education. She has been in Guilford County Schools for 4 and 1/2 years and absolutely loves it! She currently teaches graphic design at Kiser Middle School serving grades six through eight. "I am very fortunate to have been able to create the only program of it's kind in the state!" 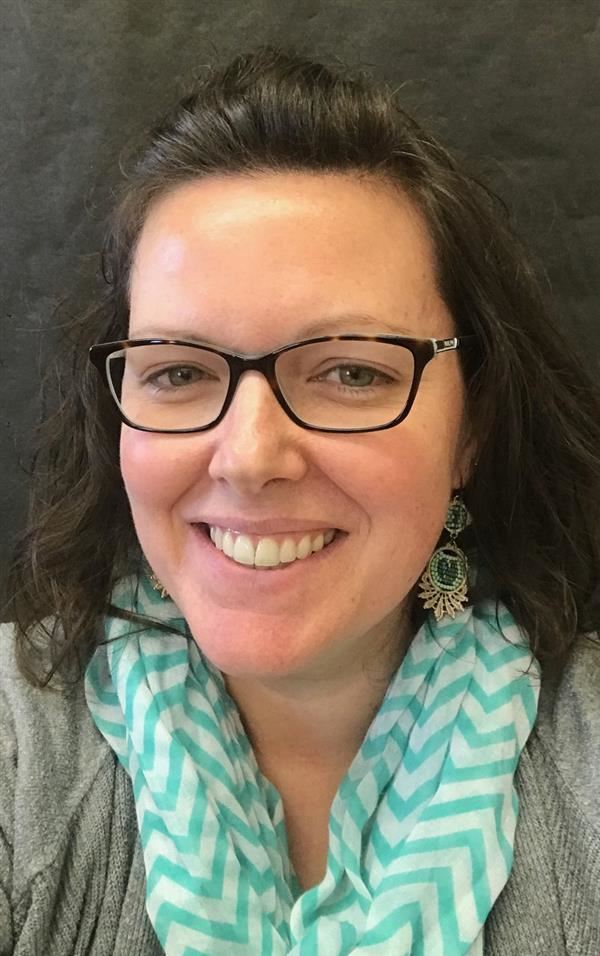 Jennifer Gee is the Director of Choral Programs at Penn-Griffin School for the Arts in High Point, NC. She graduated from East Carolina University in 2004 with a Bachelor of Music Degree in Vocal Performance. In 2006 she graduated from Louisiana State University with a Master of Music Degree in Vocal Performance. She received her teaching license through Greensboro College in 2012. She has previously served as Director of Performing Arts at Christian Life Academy in Baton Rouge, Louisiana where she taught kindergarten through high school music and high school theatre. In 2012 she began her career in NC public school as Chorus Director at Central Davidson Middle School and interim director at Central Davidson High School.

Mrs. Gee has served as Director of Music for several different churches since 2000. She currently serves at Christ United Methodist Church, High Point. The 2014-2015 school year was her first at Penn-Griffin School for the Arts. She is a member of NAfME and ACDA. Her students have participated in NC Honors Chorus, Mars Hill College Choral Festival, High Point University choral activities, and NC All-State Choral Festival. Her students received a Superior rating at NCMEA Music Performance Adjudication and performed throughout the Greensboro, High Point, and Winston Salem communities at various events during the year.

She is a native to Reidsville and currently lives in Jamestown with her husband Matthew and their two children, Peyton and Carter. 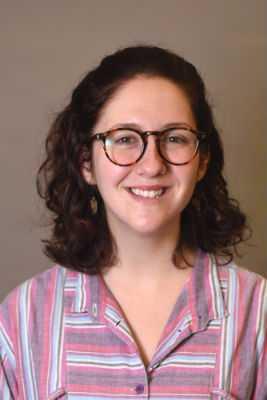 Felicia received a Bachelor's in Vocal Performance and Bachelor's in Choral Music Education from the University of North Carolina at Greensboro. She has been teaching chorus at Northern Guilford Middle School since January 2016 and has served as a Lead Middle School Choral Director and the Middle School All County Chorus Coordinator for Guilford County Schools since Fall of 2017. She believes that involvement in music or any art form is vital for children to become well-rounded human beings. When not teaching at NGMS, she teaches private voice at Moore Music Company and performs with the Bel Canto Company, the Triad's only professional choral ensemble. When not engaging in music activities, she enjoys time at home with her kitties. 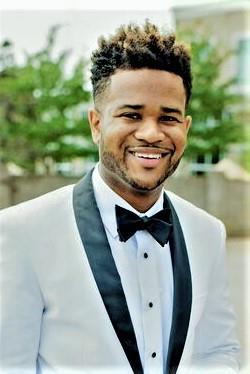 Preston Kendall is the lead teacher for Elementary School Music in Guilford County. Kendall received his B.M. degree in music education from the University of North Carolina at Greensboro in 2012. Kendall began studying music at the age of 8 when his father began teaching him to play the trumpet. Kendall has toured internationally and domestically performing music but has always felt his true passion was teaching which he has been doing for 6 years in Guilford County. Kendall currently teaches music at Hampton Elementary in Greensboro North Carolina.

Originally from Massachusetts, Mrs. King moved to NC in 2005 to pursue her graduate studies. She holds a B.F.A. in dance from Florida State University, an M.F.A. in choreography from the University of North Carolina at Greensboro and a NC K-12 dance education teaching license. She has been the dance educator at Northern Guilford High School for the past 9 years and lead dance teacher for Guilford County since 2015. Since starting at Northern she has been a Teacher Art Grant Recipient from ArtsGreensboro on three different occasions for projects with the Northern dance students and community. In 2014, she was awarded a National Promising Practices Award from the Character Education Partnership for the creation of Project Inspire, a dance concert based on bullying and self-acceptance performed by honors dance students. Throughout her dance career, Mrs. King has had the opportunity to work with many world-renowned dance teachers and choreographers and has performed professionally with a number of modern dance companies in multiple places including Boston, NYC, Providence and Winston-Salem. She is a member of the National Dance Educators Organization and an advisory board member for the North Carolina Dance Educators Organization. Mrs. King lives in Greensboro with her husband and two children.

Originally, from Liberty, North Carolina, Mr. Jeremy Ray attended Eastern Randolph High School where he developed his love for music and passion for teaching.  In the fall of 1995, Mr. Ray began his study in music education at Appalachian State University.  While at Appalachian State, he studied clarinet under Dr. Douglas Miller and performed in ensembles led by Dr. William Gora and Dr. Jay Jackson.  Mr. Ray did his student teaching at Page High School with Mr. Ed Kimbrough, whom Mr. Ray believes was the greatest influence on his teaching.  To this day, Mr. Kimbrough and Mr. Ray remain close friends, talking to each other almost daily.  In December of 1999, Mr. Ray received his Bachelor degree in Music with a concentration in Instrumental Music Education.  In 2007, Mr. Ray received his National Board Certification in Early Adolescence to Young Adulthood in Instrumental Music and was recertified in November 2016.  In May of 2013, Mr. Ray earned a Masters in Executive Leadership from Gardner-Webb University.

After graduating for ASU, Mr. Ray began his teaching career at West Montgomery Middle and High Schools in Troy, North Carolina.  While there, he took the band program to a new level and received one of the two Superior Ratings at District Festival in the school’s history.  After a year and a half in Troy, Mr. Ray took over the Southeast Guilford High School band program.  Mr. Ray is currently in his 17th year at Southeast.  During his tenure, Mr. Ray has taken the band to several marching, concert, and jazz competitions and his groups have consistently received Excellent and Superior ratings.  In the fall of 2009, the Southeast High School Jazz Ensemble performed at the prestigious North Carolina Music Educators Conference held annually in Winston-Salem.  In May 2011, Mr. Ray was the recipient of the “Band Director of the Year” award from the Central District Bandmasters Association.  Mr. Ray is a member of several professional organizations; he is the Past-Chair of the Central Jazz Region, he is currently serving as the treasurer for the Central Jazz Region, as a board member for the Central District Bandmasters Association and is the Lead Teacher for Band in Guilford County Schools.

Although Mr. Ray has a passion for excellence in music, he is the proud father of two, Ivy (15) and Jimmy (8), and is happily married to his lovely wife of 16 years, Tracey.

Linda Veneris is the lead Theatre teacher for Guilford County Schools, and currently the theatre teacher at Western Guilford HS, where she has taught and directed for 16 years. Recipient of the Greensboro Police Chief’s award in 2013 for her work with Greensboro’s MSG 2 DIE 4 campaign creating crash simulations with emergency personnel. She serves as a Board member of NC Theatre Arts Educators and board member of NC Educational Theatre Association. She also helped co-found Greensboro’s Shakespeare in the Park, where she has directed and is often found creating makeup effects. Alumni of Western Carolina University and UNC-G theatre programs, and of the Barter Theatre (VA), Lincoln Amphitheatre (IN) and Lees-McRae Summer Theatre (NC), Linda loves to work in many different areas in the world of theatre.

Mr. Donald J. Walter is the Director of Orchestras at Northwest Guilford High School and Northwest Guilford Middle School. Also, he is the Lead Orchestra Teacher for Guilford County Schools and Chair-Elect of the Orchestra Section of the NC Music Educators Association. During his eleven years at NWMS, Mr. Walter has doubled enrollment in the orchestra program to more than 160 students at the middle school, and 96 at the high school.

Mr. Walter is a National Board Certified Teacher and holds Bachelor and Master of Music in Music Education degrees from UNC Greensboro. He has presented teaching clinics at local, state, national, and international music education conferences. He has published an article about deliberate practice and neurobiology in the Music Educators Journal. Throughout his career, Mr. Walter has led groups to more than 40 "Superior” ratings at NC Western Region Music Performance Adjudications, and has had many students selected to county, district, regional, and all-state honor ensembles. Five times he has led groups in performance at the NC Music Educators In-Service Conference (2017, 2016, 2014, 2010, and 2006).

Mr. Walter is an active clinician who has conducted the high school and middle school NC Western Region Repertory Orchestras, the NC Junior Eastern Region District Two Orchestra, and numerous all-county orchestras throughout North Carolina. Additionally, he is a frequent guest conductor of the UNC Greensboro Sinfonia Orchestra. In 2015 Mr. Walter was named the Guilford County Schools Arts Educator of the Year and the NCMEA Orchestra Section Western Region Orchestra Director of the Year.

Mr. Walter lives in Greensboro with his wife, and two children.

Search
We weren't able to find anything that matched your search criteria. Please try a new search.
Copyright © 2002-2021 Blackboard, Inc. All rights reserved.