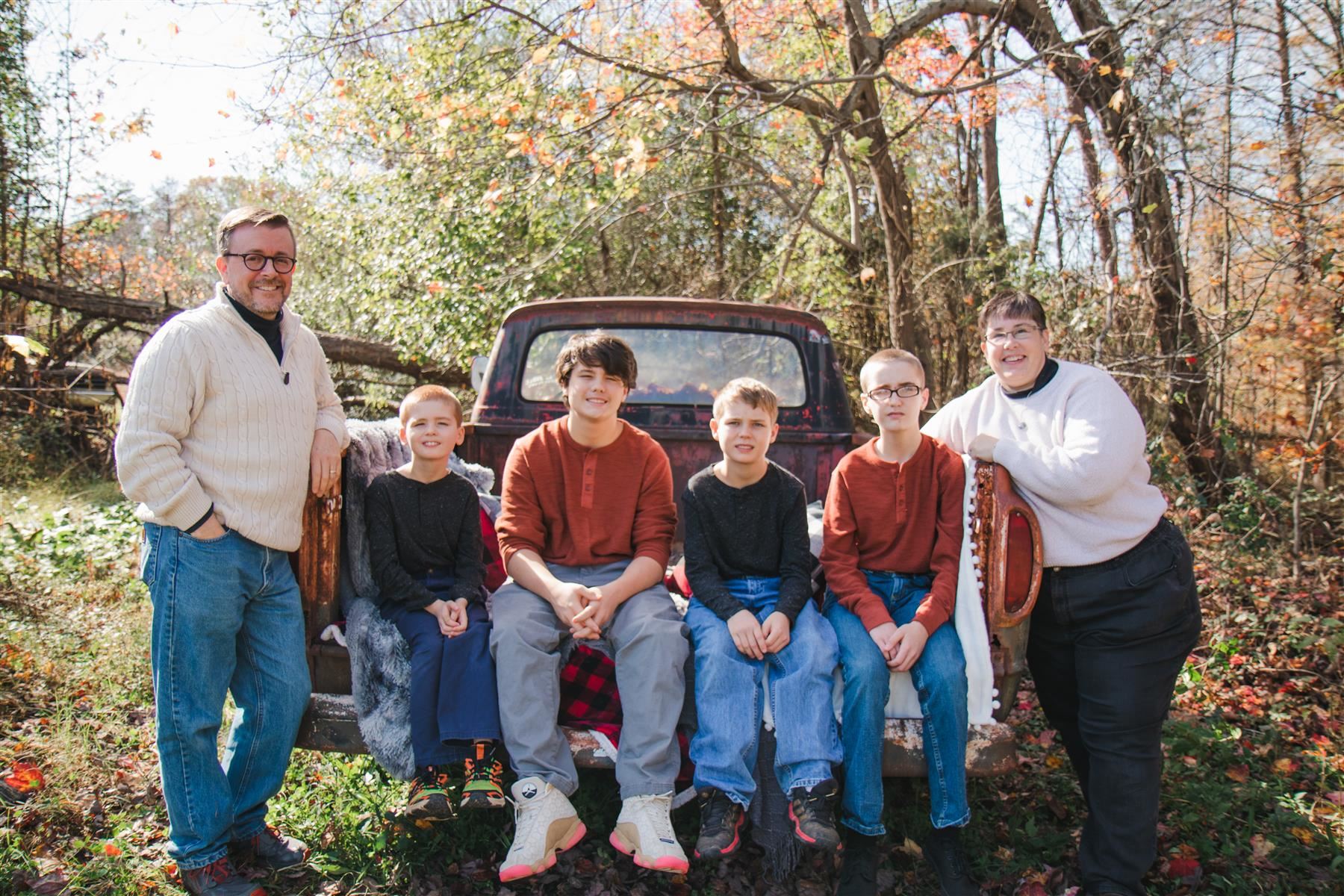 Mr. Albrecht is in his 13th. year of teaching after trying out different careers and getting some real-world education. He started out as a floral arranger at a craft store near where he lived. He then decided to attend Ohio State University's Agricultural Technical Institute, in Wooster, Ohio to study floral design and management. He continued in the floral design business for 10 years and then moved to North Carolina where he test-drove the car rental industry. He was hired as a car rental agent and within a month was promoted to Station Manager for National Car Rental at the Greensboro Airport. He continued here until he left to become a consultant for the industry. This involved too much traveling so he came back and started his own franchise of Candy Bouquet, thus using his floral design abillities and attaining his entrepreneurial dream. Unfortunately, this did not work out but it did land him a new career in the sign business with FastSigns in High Point for five years. While there his wife, Cheryl, learned of his dream job, a teacher. She made it happen and the next thing he knew, he was attending Guilford Technical College's Pre-Elementary Education program. After gradutating there with the President's Medal, he moved to High Point University's evening degree program. He completed his elementary education curriculum there graduating Summa Cum Laude in 2009. He volunteered at numerous schools during his educational journey and completed his student teaching at Wallburg Elementary. He was hired to teach third grade at Northern Elementary and taught there for three years at which point McNair Elementary was constructed and he was surplussed from Northern Elementary. He was very fortunate to obtain a position as a fourth grade teacher at Oak Ridge Elementary where he resided for five years. He then taught second grade for four years and is now teaching fourth grade again. He has recently completed grad school with Western Governor's University in Learning and Technology. He was also one of two teachers at Oak Ridge chosen to become a Canvas Certified Educator which he worked on and completed in 2021 while teaching remotely. His family consists of a wife and four boys, two dogs, and two cats. His wife owns To the Moon and Back Frozen Treats and works part-time for Kitchen Tune-Up in Winston-Salem all at the same time managing the Albrecht household. His four boys, Jacob (10th. grade at NWH), Trey (9th. grade at NWH), Riley (8th. grade at NWM), and Ronny (5th. grade at ORE) keep them hopping.