For Mirian Martinez, it still stings. She was a second grader, going to school in Mexico, when the teacher put her in front of the classroom to read something in Spanish.

She couldn’t. She could only read in English. She had been going back and forth with her parents – from Greensboro to Leon, a large city in central Mexico – so her dad could help as a mechanic in the family’s car repair business.

She liked going to her dad’s hometown. Family means much to Mirian. She grew up in Greensboro, her parents are from Mexico, and Mirian loved immersing herself in the culture and tradition of her parents’ homeland.

But when she stood in front of that classroom, struggling to read a few words in Spanish, she felt her whole body tense up. At recess, her classmates let her have it.

“You should go back to the United States!” they told her.

Mirian knows both Spanish and English. She’ll slip on her Every1 Anti-Bullying Club T-shirt – with #UrNotAlone across the back – and she’ll head to Allen or Jackson middle schools.

She’ll talk to students about the importance of supporting others and not lashing out. Then, she’ll tell her story about Mexico, about standing in front of her classmates and getting seared with comments.

That moment in class happened nearly a decade ago. But for Mirian, the pain of that moment is still present.

“People think it’s a game messing with each other,” Mirian will tell the middle school students. “But people get hurt.”

As co-president of the Every1 Anti-Bullying Club at Smith High, Mirian has talked to middle school students about the perils of bullying.

She has helped organize a Random Acts of Kindness Week and coaxed Smith students to sit across from one another and talk. The event is called Start With Hello Week.

And she’s stood in front of TV camera twice and talked like a pro about bullying.

But not at first.

The first time, she was so nervous she stuttered. The second time, when she stood in front of a TV camera with her co-president, Gary Lee, she felt more than ready. 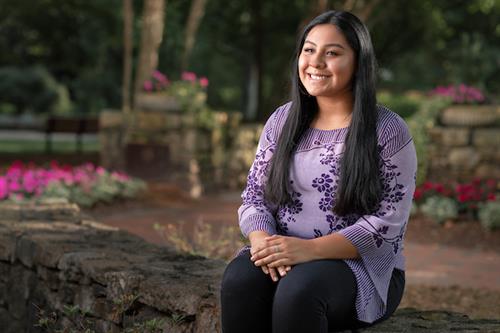 But not her co-president.

He was nervous. So, Mirian calmed him down.

And to think, when she joined the club as a sophomore, she could barely get a word out.

“I still remember that first meeting,” she says. “I was so shy. I didn’t know anyone, and when we had to do an icebreaker, I tried to talk to my best friend instead of opening up.

“But as time passed, I enjoyed being there and being involved with the job,” she says. “It was a good feeling for me because I felt like I was speaking out for other people because sometimes people don’t want to speak out for themselves.

“Just ask them, ‘How are you feeling?’ Just let them know that you’re there to support them.”

Mirian started at Hunter Elementary, went on to Hairston Middle, and this month, she graduated from Smith High.

This fall, she’ll enroll at GTCC to save money and get her general education classes out of the way. Then, she plans to transfer to UNCG and go after a degree in sustainable tourism and hospitality.

She wants to run a hotel. She’s thought about it since her mom, Miryan Espino, worked as an assistant manager at a local hotel. Her mom got that job after starting as a housekeeper.

But her work with Smith’s anti-bullying club really gave her the reason why the hotel business is for her. 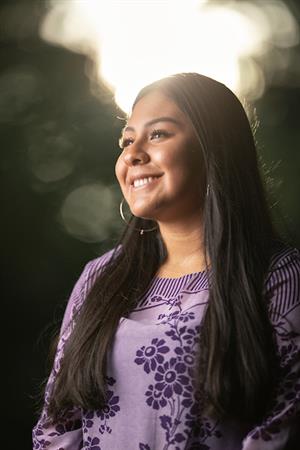 “Have you seen those movies where people are going into a hotel?” she asked. “They always go and talk to the people managing the hotel. I want to be that person. I want to set up things, lead employees and make other people feel good about where they stay.”

“I’ve always tried to help out,” she says. “I grew up with that feeling. My parents taught me what’s right and what’s wrong and to treat everyone the same and not based on how they look or how they act. Get to know somebody as a person.”

Mirian’s father, Jose Martinez, works as a kitchen manager at a local restaurant. And he works a lot. In his downtime, away from the busyness of a kitchen, he works on his cars. When he does, Mirian is standing beside him, holding the light and handing him tools.

Mirian thinks about those little moments now. She is, as she says, a “daddy’s girl.” She also sees her mom as her best friend. She’s their only child, and she keeps close the two pieces of advice her dad gave her.

“If you want something, you have to work at it,” he told her. “And always be there for family.”

Mirian will take that advice with her to college.

“My parents have always done the best for me,” she says. “And my legacy is to get my education, get my bachelor’s degree, get a good job and be willing to help them. For as long as I can remember, they always told me education can open a lot of doors in this world.”

Mirian believes that. And she has a key.