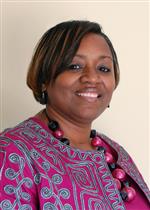 State Superintendent June Atkinson commended Faison on her selection saying, "Patrice's dedication to providing the appropriate guidance, support and development to those she leads has transformed her school community and resulted in Oak Hill's students attaining significant academic growth. She sets high expectations and provides the support for those expectations to be met - one of the hallmarks of an exceptional school administrator."

State Board of Education Chairman Bill Harrison also congratulated Faison and thanked Wells Fargo for its faithful program sponsorship, which has enabled the state to recognize exemplary administrators. "Patrice is a wonderful example of the exceptional principals leading North Carolina public schools. Her 'no excuses' attitude and leadership by example ensure that her students will enter middle school ready to learn and prepared to succeed," Harrison said.

"We are so immensely proud of Patrice," said Angelo Kidd, Western Region superintendent for Guilford County Schools. "The dedication she gives to her students, teachers and staff, parents and community at large has made an extraordinary difference in the lives of so many."

As Wells Fargo Principal of the Year, Faison will receive an additional $3,000 for her school and $3,000 for personal use. Thanks to EF Education First, a privately-held company that offers a range of educational programs, Faison will receive a scholarship for a 10-day educational tour of China. She also will be appointed to the State Superintendent's Principals' Advisory Committee, serve a one-year term as advisor to the State Board of Education, serve a one-year term on the Board of Directors for the NC Public School Forum and will chair the 2013 Wells Fargo North Carolina Principal of the Year Selection Committee.

Faison, who is in her second year as principal at Oak Hill, believes successful leaders must listen first and act second. She has taken this approach to heart and led two schools toward dramatic, positive change. Faison was appointed principal at The Academy at Smith in 2007, and with the assistance of teachers and parents, transformed the school from low-performing to an Honor School of Excellence with a 100 percent graduation rate. In 2010, Faison became principal at Oak Hill and in her first year raised the school's ABCs composite test score by 19.4 percentage points to become one of GCS' most improved schools in 2011.

Faison first began her career with GCS in 1995 as a third-grade teacher at Stokesdale Elementary. Five years later, she received her National Board Certification. She holds master's degrees in elementary education and school administration from North Carolina A&T State University. She is currently pursuing a doctorate from the University of North Carolina at Greensboro.

Faison becomes the district's second state Principal of the Year since the district merged in 1993. Pandora Bell was given the title in 1998 when she was the principal of Jesse Wharton Elementary.

Faison was recognized in September 2011 as the district's Principal of the Year at the annual Celebrating Excellence in Education event.